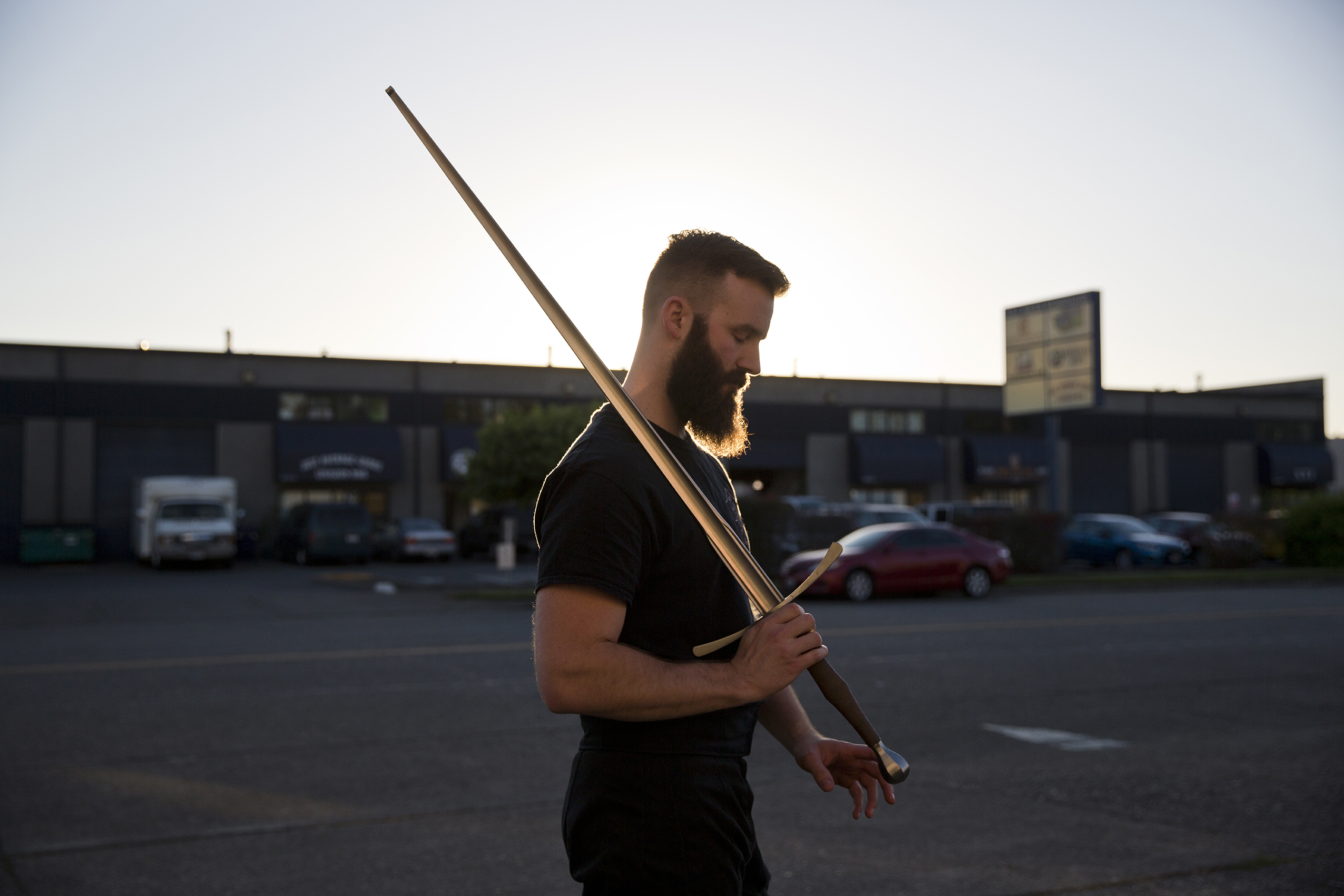 VIKING: – I always tell people that I am three quarters Norwegian. I am very proud of that.

"Now I’m finally old enough to dress up and ravage like a Viking!"

At a martial arts center in Tacoma, south of Seattle, Ryan Winston Pankratz, 30, is about to attack his opponent with a long sword. His grandmother’s name was Elna Knudsen and came from Evanger close to the west coast of Norway.

Ryan feels very American. – But, I always tell people that I am three quarters Norwegian. I am very proud of that.

Ryan’s grandmother was a dedicated member of Sons of Norway. Ryan did not really understand the “Norwegian thing” so well until he had the chance to travel to Europe a few years ago. Even if he didn’t go to Norway, being in Europe opened his eyes to history and his own heritage.

– Frankly, for me it’s all about the romanticized, Hollywood version of Norway and Scandinavia, you know, like the one we see on The Vikings, Lord of the Rings, and Game of Thrones. I love that!

For a long time, he’s been very interested in both medieval history and martial arts, watching many movies and reading books about it.

As a youngster, Ryan was in theater groups and loved to be on stage. Now, he likes to put on a full knight costume from time to time. He and his friends have a fascination for making historical films, where they play all the roles themselves.

– I’m just doing that for fun. I love to dress up.

Together they attend medieval markets, reenactments, and other historical events. And a few years ago, Ryan started practicing with a long sword, fencing in the tradition of medieval Europe. Being three quarters of a Viking surely inspired him.

– I have always been into medieval, fantasy, Vikings and such. And now I’m finally old enough to dress up and ravage like a Viking, he laughs.

Today’s training is the first in a long time. Ryan has recently become a father, and has not had much time for anything but night watch and diaper changes in recent months.

– I am very proud of my Norwegian background. My grandparents used to tell me where they came from and taught me how to make lefse. I mean, who doesn’t like lefse? And I know how to make it!