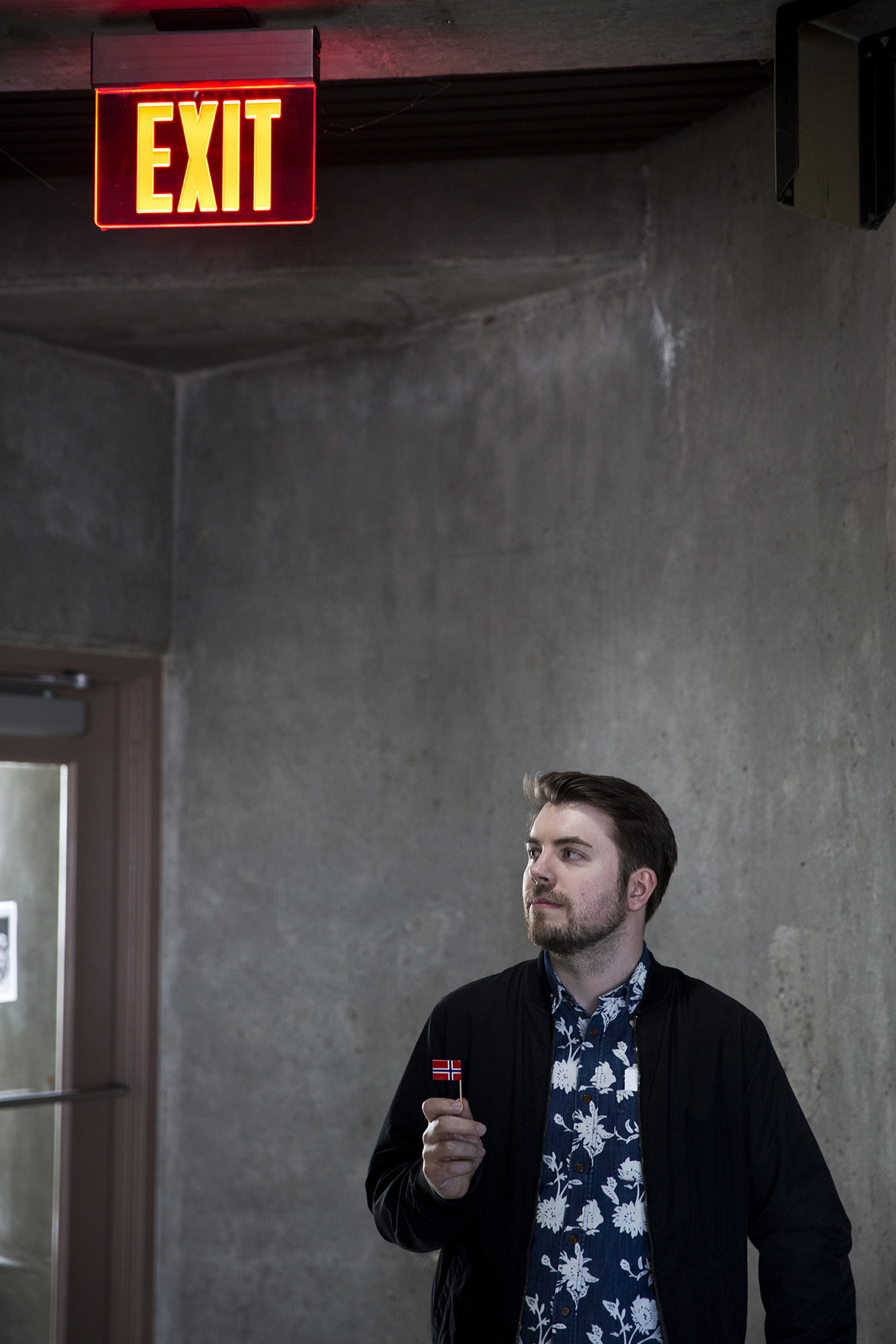 EXIT: Andreas Stassivik dreams of living in Norway. Now he is working toward obtaining a work permit.

"Now is the time to leave."

Andreas Stassivik is thinking about the future. He is thinking of Norway. Thirty-two years ago he was baptized Andrew Nelson, but as a 29-year-old, he changed his name to Andreas to get closer to his Norwegian roots. And because he has a plan: to find a job in Norway, and move there, and, sometime in the future, maybe even become Norwegian.

– With the name Andrew Nelson,I had the same name as thousands of others. A more special name helps me to stand out, which is good for my career, and I think it’s positive that it sounds Norwegian.

The surname "Stassivik" is a constructed one. Andreas had the online name Stassi for quite some time, and the suffix "-vik" made it sound Norwegian. There is no place in Norway called Stassivik, and no one else with this last name. That was intentional.

– I didn’t want to steal anyone else’s name, he says.

Andreas is a third-generation Norwegian American. One pair of grandparents came from a farm in Lindås near Bergen, and his other grandparents were ironworkers in Lommedalen near Oslo.

Andreas’ father, Jim Nelson, is an academic and has worked with Norwegian language and literature most of his life, so the family had a lot to do with Norway when Andreas was growing up.

Andreas is married, and he and his wife, Amy, spent last summer in Oslo, where she studied Norwegian and he was looking for work. He got a job offer at a tech company he was very happy about. But it wasn’t easy to obtain a work permit. He was required to have a bachelor’s degree, so holding only an associate’s degree, Andreas did not get the permit.

Now, the couple is back in the city of Everett north of Seattle, and Andreas is working to fund the completion of a degree, so he can try again at a later point. – We are watching Norwegian sitcoms in the meantime, he says.

Andreas says it’s time to leave. It has not only been a long-time dream to live in Norway, but politics in the United State also frighten him. He sees that the political landscape has become more and more extreme.

– Now everything has become polarized, well helped by social media, he says. – People go to the far right or far left.

He says he feels less safe in the United States now, largely due to public shootings in recent years.

– I know there are a lot of private weapons in Norway, too, but you still have very little gun crime. I think it comes from social norms, laws, and a healthier relationship with guns in general.

– What do you ascribe to Norwegian identity?

– The mentality appeals to me. Humanism is an important key word. The American dream has drawn many people here, but it has become a tougher society. Here people say that you just have to "bootstrap yourself", roll up your sleeves, and carry on, then everything will be fine. But succeeding is not always so easy. I am more than willing to pay higher taxes in exchange for the social safety net that one has in Norway.

[Note: The couple recently added a new member to their family, a son, who they have given the Norwegian name Aksel.]